Ol' Backwoods has been a member of the Jews for the Preservation of Firearms Ownership for years, even though I'm a Gentile.  I had great respect for the late Aaron Zelman, founder of that noble and uncompromising organization.  (JPFO is gone now, swallowed by the squishy Mr. Gottlieb's 2nd Amendment Foundation.  But The Zelman Partisans carry on Zelman's legacy of uncompromising defense of freedom in fine fashion.  Rock on, TZP.)

Mr. Zelman did something back in the 1990's that might have been ill-advised, had he been the kind of man to ask a "media consultant".  But, he wasn't.  Mr. Zelman, along with Richard Stevens, wrote a series of comic books, with a thinly-disguised Zelman as "Gran'pa Jack", the stalwart WWII veteran who sets 'em all straight when they start blabbing about gun control.  "Gran'pa Jack" is joined by a buddy from back in the war, "Leon... the old war-horse," who is black.  Yep, black.  And let me tell you: Leon lets 'em have it, too.

Far from being bubblegum-stickied kids' stuff, this is a serious defense of the right to keep and bear arms, and indeed, all human rights, against overweening, busybody governments everywhere, from the UN, to the US of A federal government, to the uppity, anti-gun city council.  Zelman takes on all comers with a footnoted, well-illustrated, strong defense that keeps it fun (well, for our side), and is packed with zingers.

Digging through some old stuff from our last move, my wife found my copies of 4 classic Zelman comic books: No.1 - "Gun Control Kills Kids", No.4 - "Gun Control is Racist!",  No.5 - "Gran'pa Jack Exposes How the United Nations is Killing Your Freedoms!", and No. 6 -"Will 'Gun Control' Make You Safe?".  I thanked her for saving them, and not throwing them away.  (My dear wife is a strong defender of our rights herself, and a pistol-packin' mama.)

Below are some scans from No.1 and No.5.  In this day and age, these are some serious samizdat, and I think I will save them, in the hopes I have grandchildren.  I'm sure gun control will come back to haunt us again, even if we'll have to fight a civil war over it in the intervening years.

As you look at the images below, think about how fresh, how "up to now" these sound, and they are between 16 and 19 years old.  The Progs' plans never change.

Click any of the images to see a high-resolution version. 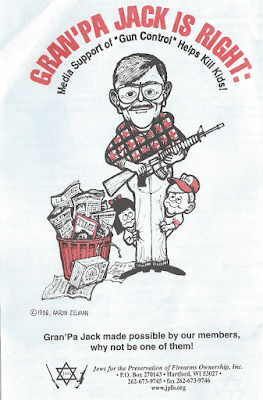 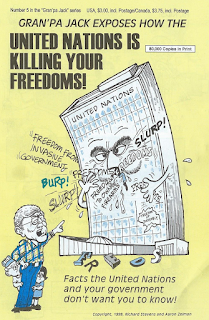 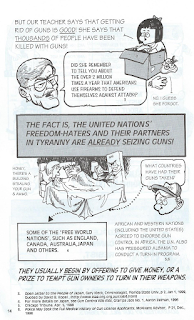 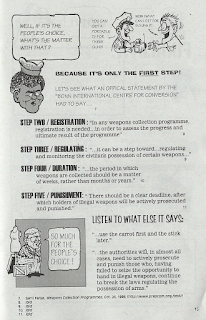 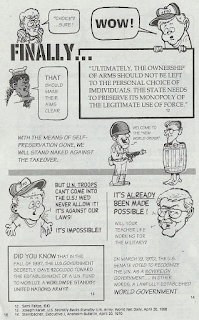 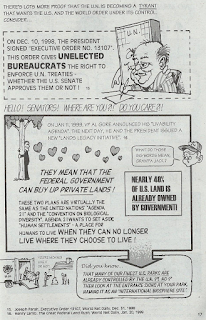 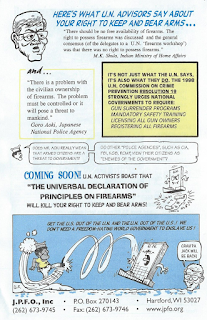