The magnificent Oleg Volk is running a series of pictures at his blog encouraging the teaching of shooting skills, from one friend to another, especially among women.

I told Oleg that he should make a version of this particular picture, the one with the gal teaching her friend to shoot, with a different caption: “This is now a crime in Washington State.”  Since the I-594 initiative became law, handing the gun to your friend is an illegal transfer.  Her handing it back to you is another illegal transfer.  Oh, and if you left the gun at your friend's house?  Felony.

Criminalizing the touching of guns one doesn't own is the #1 way the Bloomberg ghouls can destroy the right to keep and bear arms in America, and they know it. They are already pushing this in Nevada, and are preparing to do the same in Maine and Arizona. They’ll push this poison state by state as far as they can.

Once it becomes too “difficult” for the average non-wealthy person to own a gun, or learn anything about them except at a state-sanctioned facility ($$$$), most people won’t bother.  Then, most people will be ignorant of guns, and of course the ignorant will vote against the rights of those of us who do. The Bloomghouls are counting on this to break the gun culture.

"Who's going to prosecute such a crime?" you may ask.  Perhaps nobody, but that doesn't matter.  "It's essentially an unenforceable law!" you may say.  It is, but that does not matter.

You see, the modern Euro-American super-state (at the national, "state" and local levels) has so warped the minds of "middle class," threatening them with threat of financial ruin, incarceration, and legal harassment, to where most of them obey laws as a matter of course, no matter how ridiculous and freedom-sapping.  People obey all manner of silly laws just to hold the mantle of "law abiding", and they will obey the laws against touching guns, too.  Some of us will disobey this malum prohibitum nonsense, and the rest will cheer when we are jailed for "breaking the law".  And there is a vast underclass who will never obey these laws, but will never be prosecuted for it because that would be "racist."

So share your shooting and hunting skills with those around you, while you still can.

UPDATE!  Oleg Volk did a picture regarding the Washington the I-594 "no touching guns" law.  Oleg rocks.

It's "gettin' real" in St. Louis, LA, NYC, Chicago, Detroit, Memphis, Birmingham, Orlando, and all those other victim-targeting zones.  An innocent man who defended his life with lethal force against a young thug is being freed, and the race-baiters are not happy.

Shots already fired in Ferguson, as of 9:11 PM Central.  Cop cars being overturned!  It's burning!  Shots fired!  Gee, don't you think the feckless residents of those Democrat cities wish they had bought a gun and gotten training now?

This is not  inAfrica, or Paris, or England, though you couldn't tell it by the above.    This is St. Louis, people.  Did you ever think this would happen in AMERICA?

Emperor Obama the 1st speaks, and unwittingly becomes part of the scene, actually looking like he caused it (picture from Free Republic).  Well, didn't he at least help whip it up?


Those Democrat cities chose their path long ago: citizen disarmament, giving in to mob rule, buying the votes of useless eaters.  And now, their chickens are coming home to roost, right Reverend Wright?

And now, we have a Democrat State Senator in Missouri who said "This is our race war!"  You do NOT want this, woman.  You have no idea what you are unleashing.

My community won't be affected at all.  Know why?  Because the parasitic rioters roused by the Communist front groups don't dare come out here where they know a significant percentage of us are armed, and we WILL fight back with lethal force if they try to block our highways, or surround our cars and rock them.  They don't dare.
at 9:59 PM No comments:

Fran is assembling the resistance... 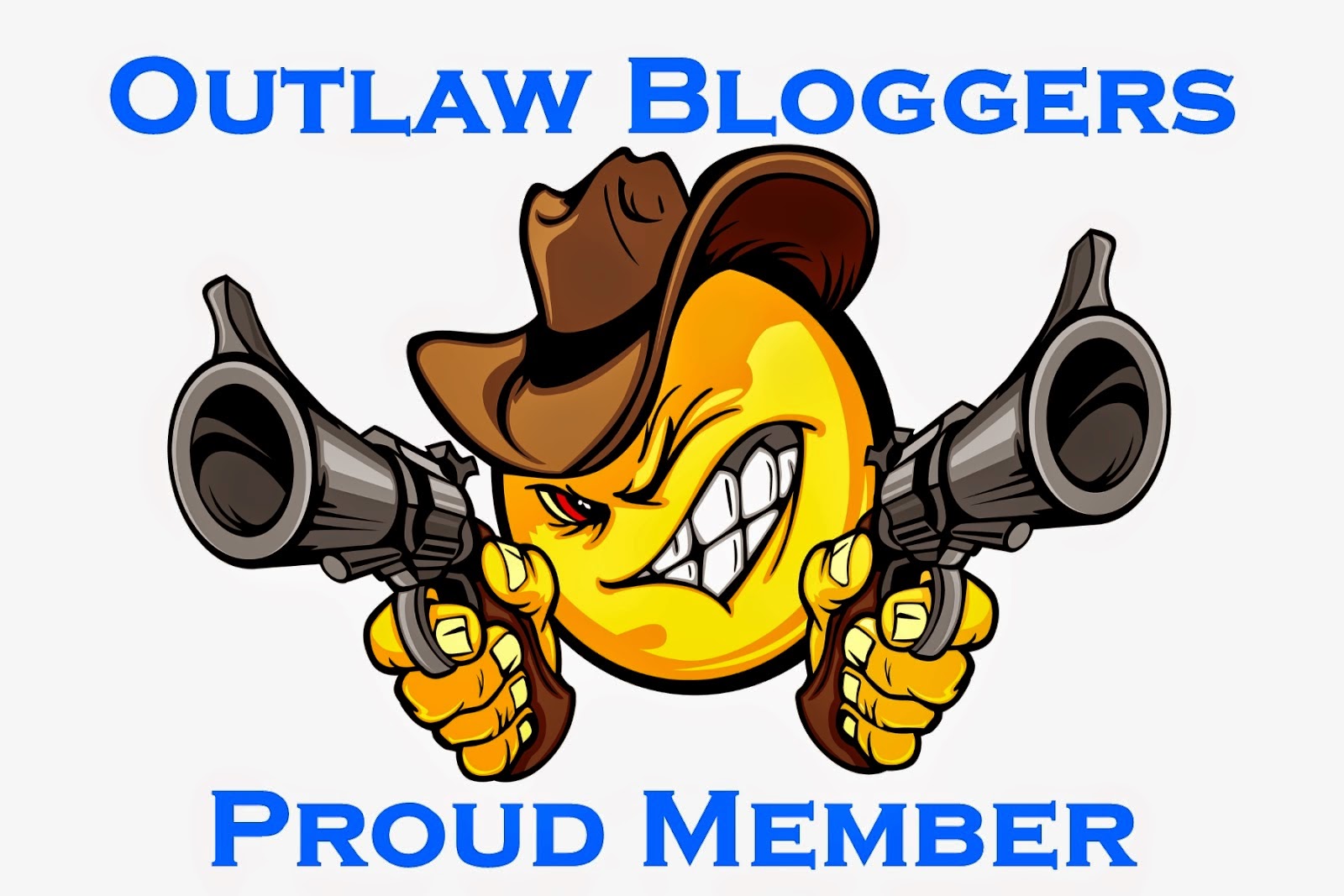 I can't believe it, but the Bama Carry organization is still caterwauling on their Facebook page about the passage (72%) of Amendment 3, as they have done since it first was voted by the Legislature to appear on the ballot.

The ballot measure amended the Alabama constitution of 1901 to read:


Every citizen has a fundamental right to bear arms in defense of himself or herself and the state. Any restriction on this right shall be subject to strict scrutiny.

If you can believe it, the objection now is the wording "fundamental right", which these rubes believe to be somehow less than rights described by the phrase "inalienable right".


There ain't a substantial difference, people.  The two terms are used interchangeably.

Don't believe it? Look, Ol' Backwoods ain't a lawyer, but I can read and reason.  And I trust those attorneys, judges, and justices who have argued and written our pro-RKBA case law.

How about Justice Clarence Thomas, who wrote the majority opinion in landmark  Supreme Court case McDonald v. City of Chicago, in which the City was infringing the right of a black man to keep and bear arms?  Justice Thomas
uses the words "inalienable" and "fundamental" interchangeably in this section about the history of rights in America (emphasis from Ol' Backwoods):

After declaring their independence, the newly formed States replaced their colonial charters with constitutions and state bills of rights, almost all of which guaranteed the same fundamental rights that the former colonists previously had claimed by virtue of their English heritage. See, e.g., Pa. Declaration of Rights (1776)... declaring that "all men are born equally free and independent, and have certain natural, inherent and inalienable rights," including the “right to worship Almighty God according to the dictates of their own consciences” and the "right to bear arms for the defense of themselves and the state."

Several years later, the Founders amended the Constitution to expressly protect many of the same fundamental rights against interference by the Federal Government.

Again later in the same opinion, Justice Thomas was discussing the usages of "privileges and immunities" from the 14th Amendment (emphasis from Ol' Backwoods):

...both the States and the Federal Government had long recognized the inalienable rights of their citizens. ... Article IV, §2 of the Constitution
protected traveling citizens against state discrimination  with respect to the fundamental rights of state citizenship.

I guess Justice Thomas is a backwoods rube who doesn't know his fundamental from his inalienable, huh?

Ol' Backwoods will be back later with more on this...

Despite the surprising objections from Bama Carry, and from the usual anti-gun, anti-rights culprits, Alabama is now the third fourth state in the Union to enshrine the right to keep and bear arms as a fundamental right which must be protected by judges from infringement with the strictest level of judicial review:

The measure called Amendment 3 won easily in statewide balloting Tuesday.
The Republican-backed amendment used language from the National Rifle Association.
The measure would make owning firearms a fundamental right in Alabama. It would also require that measures to control firearms would have to pass the toughest review by state courts.

Supporters say the amendment was needed to guard against overreaching gun control. Opponents say the proposal could lead to a dismantling of existing limits on gun possession and ownership.

I know my wife and I voted for it.  We must have been among many.


"Every citizen has a fundamental right to bear arms in defense of himself or herself and the state. Any restriction on this right shall be subject to strict scrutiny."

[... the]   provision would impose a more demanding test for gun controls, though not an insuperable test (see this case upholding a limited ban on gun possession by felons under strict scrutiny). Similar restrictions have recently been enacted in Louisiana and Missouri.


I can't help thinking about how this would have played in the Washington Post (Volohk's host site) if, as Bama Carry's leadership wanted, the ballot measure would have failed.  The WaPo would have celebrated, and y'all know it.

--
UPDATE: I forgot about Kansas, so that makes Alabama the fourth.  Dean Weingarten at Gun Watch reminds us (and I'll forgive him for calling us Alabamians 'Alabamans'):

Will Malloy Raid Gun Owners After Losing the Election?

Mike Vanderboegh says he has sources in the Connecticut Governor's office and the State Police that believe so.


This week, the water-cooler rumor at the Connecticut State Police barracks around the state is that [Under Secretary for Criminal Justice] Mike Lawlor has promised that if the governor is defeated that the raids will not wait for next year, but ... will "punish the gun nuts" by starting the raids within days of [CT Gov.] Malloy's defeat. ...

On Friday, I heard from another source I trust that they, too, had heard this and believed it to be true.

Thus, if the rumor IS true and Lawlor has his way, it doesn't matter if Malloy wins or loses -- there will be raids.

If so, will that start a hot civil war?  Or will the people of CT just give up thousands of $$$ worth of rifles, and agree to go to prison over something people in free states like my own Alabama think nothing of owning?