Virginia: How Far Has Thy RKBA Fallen

In the “The Right To Keep And Bear Arms Report,” Subcommittee on the Constitution of the Committee on the Judiciary, United States Senate, 97th Congress (as quoted by Herschel Smith's blog), the subcommittee observed that:


In 1623, Virginia forbade its colonists to travel unless they were “well armed”; in 1631 it required colonists to engage in target practice on Sunday and to “bring their peeces to church.” In 1658 it required every householder to have a functioning firearm within his house and in 1673 its laws provided that a citizen who claimed he was too poor to purchase a firearm would have one purchased for him by the government, which would then require him to pay a reasonable price when able to do so. In Massachusetts, the first session of the legislature ordered that not only freemen, but also indentured servants own firearms and in 1644 it imposed a stern 6 shilling fine upon any citizen who was not armed.

Apparently, our Alabama concealed carry licences do not infringe the right to keep and bear arms enough to satisfy the hoplophobes and statists in the Virginia legislature.

At least they should.

I recently watched the first episode of the first season with my wife, and I will NOT be watching any more. From what I saw, I'm glad it was cancelled, as it is just another example of typical Hollywood dreck.

The writers' hatred of guns was apparent from the first five minutes of the program. Also ignorance: whoever is advising them knows nothing of guns.

The Sheriff asks his deputy to find out "who has what guns registered." WHO REGISTERS THEIR GUNS IN WYOMING? Maybe the hippies in Laramie do, for all I know. But I spent 20 years in Oklahoma, another Western state, and there is NO registration of guns there.  I suspect there is none in Wyoming, either, but the hoplophobic writers are from Calipornia or Noo Yawk, where everything including kitchen knives have to be registered with the "authorities".

Next, the whole plotline followed a single type of rifle, the Sharps. Katee
Sackhoff's character, the deputy, says, "In a world where you can buy an AK-47 over the Internet", why use a Sharps?  Huh?  I'd like to buy an AK over the Internet, except, as the writers apparently are ignorant of, we have this thing called a Form 4473, that has to be filled out when you pick up the rifle at an FFL. I know, I know, the writers just had to get in a jab at "assault rifles." Hollywood gun-hating bilge.

The author of the books upon which the series is based, and/or the Hollywood scriptwriters are all confused about the Sharps. Their confusion could have been cleared up by a simple Google search.  The sporting Sharps was chambered in .50-70, but in the pilot of 'Longmire', "ballistics tests" (HA!) determined that the killer shot a .45-70 Sharps. You see, "they found a slug" in a sheep pasture that matched that rifle and only that rifle.

Also never mind that the type action in a Sharps rifle is called a "falling block" rifle not a "drop block" rifle as in the script.   Worse than all that, there's no inherent requirement that a falling-block rifle takes exactly 5 seconds to load the next cartridge as in the dramatic final scene.

Oh, yes, the dramatic final scene in which THE GUN DEALER is revealed as the murderer! Of course! It used to be the butler that always did it, but in Hollywood, the murderer now can only be THE GUN DEALER, that merchant of death and mayhem!

Either tell me this gets better, or I am not wasting my money on any more episodes.  No wonder it was cancelled.  Self-respecting people with minimal gun knowledge stopped watching this bilge long ago.
at 11:57 AM 1 comment:


But whether the Constitution really be one thing, or another, this much is certain — that it has either authorized such a government as we have had, or has been powerless to prevent it. In either case, it is unfit to exist.

I don't dislike the Constitution.   I wish the Bill of Rights and the enumerated powers were being adhered to, but they aren't. It may be that the Articles of Confederation would have been better than the Constitution, but we may never know.

We have the government that we Americans, collectively, have chosen.  I cannot argue with Mr. Spooner that our federal Constitution has not prevented the tyrannical federal government that now exists from coming into being.   This is perhaps what happens when the people begin to believe that someone or something else can be the guarantor of their liberty.  Even our own Constitution presupposed that the people would be vigilant sentinels of their own liberty.

In fact, Mr. Spooner may be right, but for a reason he did not believe or accept.  Maybe nothing can prevent tyranny except the reign of Jesus Christ in the hearts of men.

UPDATE: The great Francis Porretto commented on the blog, to my surprise and pleasure.  His book, Which Art In Hope (first of a trilogy), posits a future extra-terrestrial non-state civilization based on Spooner's writings.  All of Porretto's books are worth the read, and I have read all of the ones available on Kindle, and a few of the ones on SmashWords.
at 11:34 PM 3 comments: 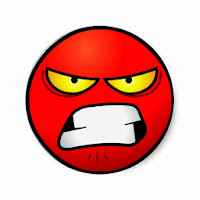 Why oh why does South Carolina have to infringe my rights to keep and bear arms?  There is NO reciprocity with Alabama, my home state. There is NO possibility of getting an SC concealed carry license unless you own property (!) or are a resident.  There is NO possibility of open carry in SC because that's illegal! What the heck, I thought this was the SOUTH!  What about the 7th Circuit Court decision in Moore v Madigan that said states could not prohibit both open and concealed carry?!

Why is there no "enhanced" AL concealed carry permit with the level of training requirements, butt kissing, etc., that South Carolina and these other states will accept in reciprocity?    I'd pay the fee and get such a permit if it existed, because I need to be able to travel to those states, and I want to take responsibility for my own protection.

I know it would be a unicorn-and-rainbows world if the whole US were a Constitutional carry zone, but that just isn't so.  The other states aren't under Alabama's control. If Alabama citizens want to be able to carry in them, we'll have to meet those states' requirements, even if we consider them stupid and an infringement of our rights. Most Constitutional carry states have a permit system specifically for the purpose of reciprocity, and some like Idaho even have different levels of training, to meet other states' requirements.

The Alabama state government needs to get a clue and realize their citizens have to travel to other states for business and pleasure, and we want take the responsibility to be safe while we are there.
at 2:02 PM 3 comments:

Phil Robertson of Duck Commander and Duck Dynasty has made some comments about ISIS and other mainstream Muslims that have caused the commie-progs' brains to explode.

via FreeRepublic, and a Politico story:


"Duck Dynasty" star Phil Robertson has a prescription for how to handle Islamic State of Iraq and the Levant militants: [...] "You either have to convert them — which I think would be next to impossible. I’m not giving up on them, but I’m just saying, either convert them or kill them," Robertson responded, likening ISIL militants to "street thugs on steroids."

Here is the unedited video of Robertson's comments.

His solution is correct.

Since mainstream Muslims have always (as Mohammed taught by example) sought to either convert under threat of death, enslave, and/or murder everyone they come in contact with, the only defense is to either a) convert them away from that demonic religion (little hope there for most), or b) kill them in self-defense to stop them from killing you.

But "progressives" (read: Marxists) don't want to believe that there are people who are willing to die to kill you.

And even if they admit that possibility, Progs would rather see a woman strangled with her own panty hose and raped to death by filthy Allah/devil-worshippers than see her defend herself with a handgun in righteous violence.

Progs think singing "Kumbaya" will solve all the world's problems. It will not. EVER.

And by the way, yes, these are mainstream Muslims, because they are faithful to the Koran, which instructs Mohammed's minions to "kill the unbeliever where you find him" and other ungodly, murderous nonsense.