Ol' Backwoods is always on the alert for what the Mainstream Media calls different things, because they are a clue as to how they think of us out here in "Flyover Country."

Student who set off Conn. lockdown to be arraigned

Notice that word I italicized above: lockdown.

lock·down ˈläkˌdoun/ noun 1. the confining of prisoners to their cells, typically after an escape or to regain control during a riot.

Because the big cities, public schools, and universities have become PRISONS controlled by an illegitimate and unconstitutional standing army called "the police".

The politicians, the Mainstream Media, the bankers, the cultural elite all consider the rest of us as prisoners in a modern-day prison state, something akin to the way Australia started out.  In their minds, the prisoners shouldn't have any weapons, because they just cause messy riots and breakouts, that must be handled by lockdowns and beat-downs from the guards (the Fed, state, and local police, and the FBI/CIA/NSA etc).

They seek to keep afloat the illusion that we are free.  We are supposed to not notice the lockdowns like the one mentioned above, or the massive ones like in Watertown last year.  "Go back to your business, convicts!"

The problem is, millions of Americans are waking up to the fact that they are prisoners in their own countries, their own homes, and their own lives.  They are waking up to the tyranny, the onerous regulations on almost every aspect of our lives, including lighting our homes and going to the bathroom; sending 'hither swarms of Officers to harass our people, and eat out their substance'; yea, the wholesale theft of our and our children's children's wealth and livelihoods, for the sole purpose of enriching the elite and ensuring their vise-like grip on power.

Our ancestors who were oppressed by King George were much more free than we are, in almost every way.

Wake up, America.  We do not have to live in a prison. 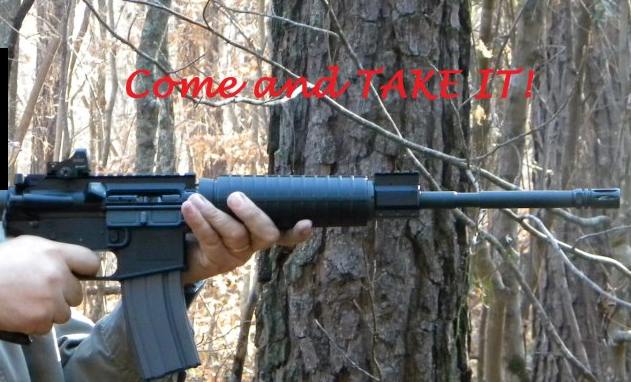