... said the sheep in Connecticut: 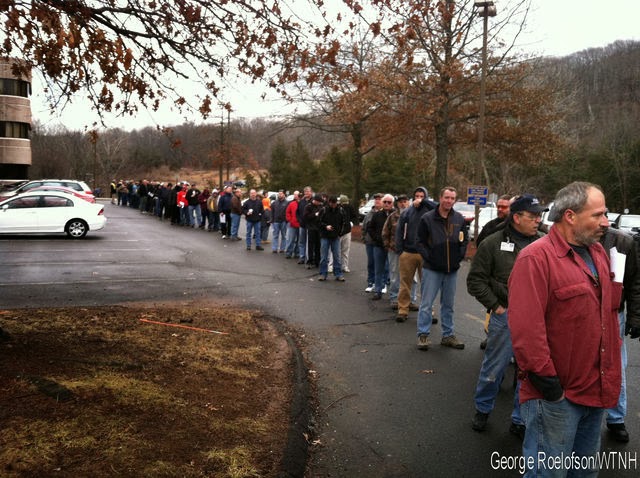 Would you register your guns, if your state government said you will be a felon after a certain date if you did not?

I wouldn't.  I'd like to think I would fight it, but probably, I would just not live in that state anymore.

As Ol' Backwoods has been saying, there is a reckoning coming to America.  Registration leads to confiscation.  Always has, always will.

Take a good look at the picture, Patriots.  This is Obama's America.

Our friend Miguel at GunFreeZone.net reminds us about another variety of American Sheep: the Americans of Japanese decent that Roosevelt put in "internment" camps "for their own protection."  Read about this in school?  I bet you didn't.

Think rounding up citizens, disarming them, and marching them off to concentration camps can't happen in America, sheep?  IT ALREADY DID.


At least one CT citizen is not going to comply, and gets a Connecticut State Police officer to agree:

Connecticut State Trooper on Gun Law: “I will not register my AR-15. Governor Malloy is a joke!”

Today I saw pictures of people lining up in Middletown, Connecticut registering their guns and giving up their unalienable Second Amendment right to “keep and bear arms.”

I immediately called the Connecticut State Police and spoke to a State Trooper. I identified myself as Senior Chief Petty Officer Geoff Ross, US Navy retired. I stated my friends in Connecticut will not comply with this unconstitutional law first implemented in Germany by Adolf Hitler under the “1938 Weapons Act of NAZI Germany“.  The 1938 Weapons Act stated in part:

§ 1
Jews (§ 5 of the First Regulations of the German Citizenship Law of 14 November 1935, Reichsgesetzblatt 1, p. 1332) are prohibited from acquiring. Possessing, and carrying firearms and ammunition, as well as truncheons or stabbing weapons. Those now possessing weapons and ammunition are at once to turn them over to the local police authority.

§ 2
Firearms and ammunition found in a Jew’s possession will be forfeited to the government without compensation.

The State Trooper agreed with me and stated he “will not enforce this unconstitutional law.” He stated that he “will not register his AR-15, weapons and magazines.” He thinks “Governor Malloy is a joke.” I am withholding his name for his protection. We hit it off as if old friends.

The Connecticut Citizens Defense League (CCDL) is participating in a legal challenge of the new law – Shew vs. Malloy. Pending a court challenge the CCDL is reminding gun owners that the deadline to register and declare the assault weapons and high-capacity magazines is upon them. According to the CCDL website oral arguments are set for Shew vs. Malloy in the US District Court, District of Connecticut, on January 30, 2014 at 1:00 p.m. EST  at the Federal Courthouse in Courtroom One, 450 Main St., Hartford, before Judge Alfred Covello. The proceedings are open to the public.  CCDL advises, “If you want a seat in the courtroom, you will need to arrive early.”

I sent an email to Governor Malloy's office. I am also writing a letter to the Commander of the Connecticut State Police, Colonel Danny R. Stebbins, asking him if he will comply with this law or the US Constitution. A copy of the letter will be sent to Governor Malloy. Stay tuned for their replies.

Some of us will not comply.

Love this one from Theo: 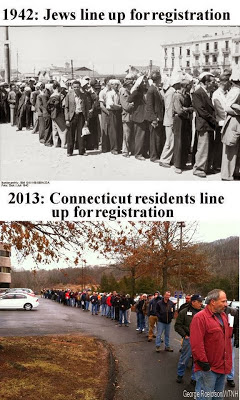