I've collected a lot of links from a bunch of gun bloggers I respect on this Toomey/Manchin deal.  No time just now to comment on them; I thought I'd go ahead and get them out there, and then as I have 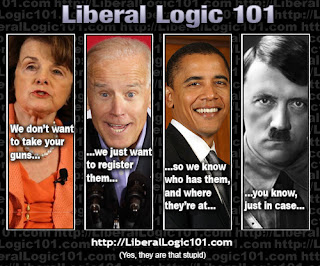 time this evening, re-organize and comment on this huge list.   Be sure to re-load this evening and tomorrow for updates.

Ace: It's Hard Not To Be Cynical About This Toomey/Manchin Deal

We don't have the text of this bill.  All we really have is the posturing press conference (USA Today: Senators reach deal on gun background checks) and a press release from Toomey's office, which Stranger up yonder at Extrano's Alley takes a look at:

The Silicon Graybeard: The Toomey-Manchin Deal and Be Careful What You Wish For

According to the Graybeard, the main points of the deal appear to be this:

(warning, it's an Examiner site, so turn down the volume before clicking so evil video popups don't blow your ears out)

No Lawyers Only Guns & Money: GOA To Manchin and Toomey - Hell No!

Doug Ross: PAT TOOMEY THINKS YOU'RE STUPID: Avoids being photographed with Schumer to hide his betrayal of his constituents and the Constitution

Gun-Free Zone: Coalition to Stop Gun Violence: They hate Manchin-Toomey
Shall Not Be Questioned:  Anti-Gun Reactions