Gun-Grabbing Letter to the Editor; I Respond

Friends, Ol' Backwoods loves a good societal-breakdown novel, and one of the best I've read is the 299 Days series by an acquaintance of mine, Glen Tate.   It's a 10-book series, and Parts 1-4 are available at Amazon, linked from his site.  I highly recommend it.

In one storyline in this partial-collapse novel, a neighborhood in Olympia, Washington is full of gun-grabbing, hoplophobic, government-worshiping folks that Glen calls "Loyalists."  Now, a good many hoplophobes are all for gun confiscation, and I get the sense that the character "Nancy Ringman" would be all for it.  In fact, I think Nancy could have written this letter to the editor of the Olympian:

THERE ARE REMEDIES FOR GUN VIOLENCE IN THIS COUNTRY
Martha J. Pierce (Olympian Board of Contributors)

Historical mythologists are hiding behind the Second Amendment, claiming “freedom” is the issue on gun control. The falseness of that claim must be exposed in the upcoming national conversation.

Really. Presidents Jefferson, Adams, and Washington would be surprised.  The kook continues:


We are no longer a nation dependent on guns for our food. Nor is our safety primarily dependent on guns. We have well-regulated militias in our police departments. State and national guards leave their guns in the armory.

HAHA!  Disregarding the Supreme Court rulings that state the police HAVE NO DUTY to protect any individual, how is that police protection working out in LA?  You need protection FROM the police!  And how did that work out at Sandy Hook?  Wait, the police weren't there for almost 10 minutes, giving Lanza plenty of time to murder kindergarteners!  My safety does depend on my guns, "Nancy", And I'm keeping them.  All of them.

But her lunacy continues:


There are remedies for gun violence in this country:

One, regulate all military weapons and multi-round magazines. Limit number of guns that can be owned, for no private individual needs an arsenal of weapons.

So, nobody "needs" more guns than "Nancy" thinks is necessary.  And notice: she implies the limit for magazines should be 1 round.


Two, strengthen and make background checks universal. As 40 percent of guns are purchased from unauthorized sources, close those venues. Make the history of all guns traceable.

Sensible gun laws should be concerned with hunters, sporting groups and some collectors. Only in rare instances are guns needed for protection.

Target shooters and those who shoot clay pigeons do not need a military weapon, nor do deer and pheasant hunters. We should encourage gun clubs where the club owns or stores the guns.

"All guns traceable" means FULL REGISTRATION.  And of course, "Nancy" thinks these guns should be in the hands of the state ("gun club") until we "need" them to target-shoot or hunt.  Molon labe, "Nancy" baby.

Below is my response:


Ms. Pierce--how many millions of us do you plan to have murdered to make your utopian dreams a reality?

To take 300 million guns, you are going to have to murder enough people to make Hitler, Stalin, Mussolini, and Pol Pot look like pikers.

So, who will do your murdering for you? 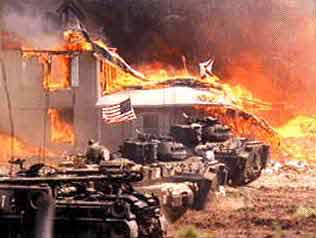